A Day in “The Hammer” Hamilton, that is… my home town. Don’t know why they call it “The Hammer”. Only saving one syllable. Not much economy there. They could callÂ  it “The Ham”, but that’s too much like hogtown. Maybe because hammers are made from steel, and Hamilton is also called Steeltown.

I had to do a #dogwood52 challenge photo for “Forsaken” or forgotten. My first choice of subject was to find a dilapidated building, of which certain areas in Hamilton have no shortage. Toronto has it’s share, as well, but I think it’s safer in Hamilton, and there’s a couple of really interesting diners there that I frequent.

My first stop was “The Wayside Lunch” diner, on Beach Road, in the north-east end of Hamilton. It’s been closed for awhile, so definitely a candidate for my project. A few years ago, I met with the owner, Lisa, who told me that her diner was featured in a couple of TV series, all about vampires and satanic cults. Doesn’t my hometown sound like fun?

The next stop on my rounds was further south on Kenilworth, to my old teenage stomping grounds. Then, it was a very vibrant community, with a movie theatre, restaurants and shopping. My favourite soda shop was conveniently right next to our church. Now, this area is pretty much ramshackle… perfect for my project. As I was standing around, with my camera, waiting for the moment, several old guys came up to me and started chatting. Very friendly, and one of them asked me to take his picture. He wanted to know if he would be on social media. (You had to be there).

Next I drove west on Barton Street to visit the Barton 541 Eatery and Exchange. Too early for lunch, so I just had a really good Americano and homemade Strawberry Scone. You don’t leave tips here… you buy food for people who can’t afford it. I think that’s a great idea. This is a really friendly place, and Jenn always recognizes me and we chat. It’s pretty close to where my cousins grew up, on Gibson Ave. I still remember going there when I was 5 years old, stepping around the chickens, and trying to get over the fence to the rail yard.

Time for lunch, so I wanted to check out The Harbour Diner on James Street North. I heard about this place from another cousin, Raymond, who lives in Hamilton.

I parked on a side street around the corner from the diner, and saw this old abandoned couch that I thought could be a candidate for #dogwood52. I got the shot, then this young woman, Emily, came up to me and started explaining that they will be moving it out to the dump. To make a long story short, she’s works for a development company that is providing affordable housing and their office is in this building, behind the couch. She thought I was a by-law officer or something, and was making the photo for evidence. Anyway, we had a very nice chat, and I hope she’s reading this.

So I finally got to The Harbour Diner, and found it was a very small and comfty retro kind of place. As soon as I sat down with my Fuji camera, a lady sitting in a booth asked me where do I get my film developed. Hamilton people are very friendly and curious. My lunch, a Reuben sandwich, was “awesome”, as the sign out front says.

And that… was my Hammer excursion for a day!

[click on any photo for slideshow…. please leave comments below photos]

Wayside Diner, as it used to be. 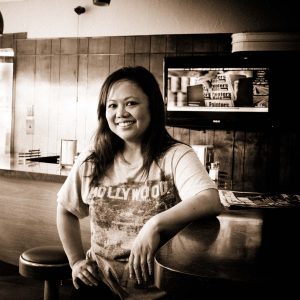 Inside the Wayside Diner

Wayside Lunch as it is now 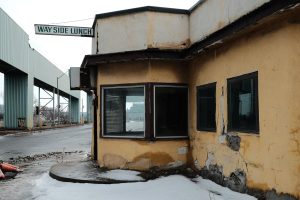 Wayside Lunch as it is now 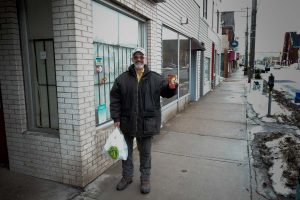 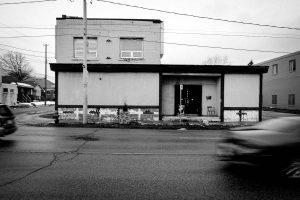 This used to be a tavern on Kenilworth Ave 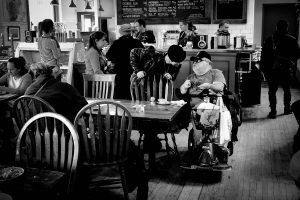 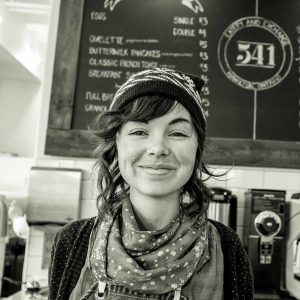 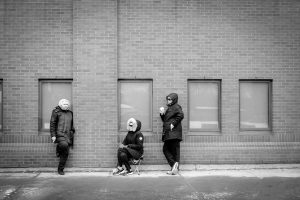 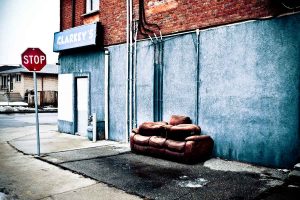 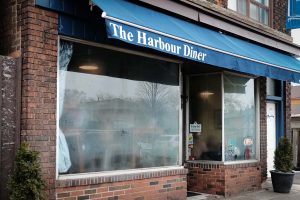 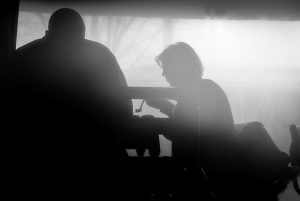 Inside The Harbour Diner through a fogged up lens 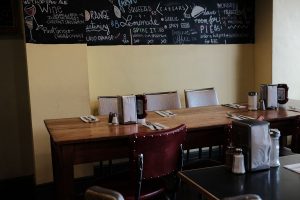 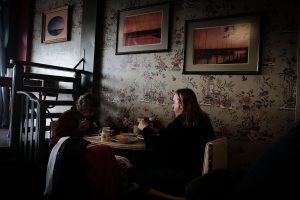