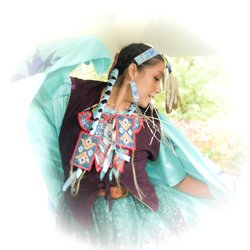 This is the 3rd part of my weekly challenge of a photo category and my scribblings, which is of theÂ 52FramesÂ group. Part 1 is atÂ Frames, Part 2 is at Frames II.

I learned 2 new words this month as part of the 52Frames project. Well, I knew the words before, but this time I had to study these words to really understand their meanings so I could fashion their respective photographs. These are strange words, kind of foreign. Actually, one is foreignâ€¦ Japanese.

Wabiâ€“sabi is â€śbeauty of things imperfect, impermanent and incompleteâ€ť; it is a â€śbeauty of things modest and humbleâ€ť; and it is a â€śbeauty of things unconventionalâ€ť. It has its origins in Zen Buddhism and wabi-sabi could even be called the â€śZen of thingsâ€ť. Trying to get my head around this I actually bought a paper book from Indigo. The book, although brand new, was a little grungy in a wabi-sabi kind of way. Is grunge wabi-sabi? So the photo I made and the poem I wrote for this week was what I was feeling as I walked through this forest and thinking about wabi-sabi. Hope this makes sense.

The next word is â€śkitschâ€ť.

I kind of knew what this is but I wondered whatâ€™s the difference between â€śkitschâ€ť and â€śtackyâ€ť. I learned that tacky is when you donâ€™t know itâ€™s tacky. For example, if a guy wears a really stupid tie, but thinks itâ€™s ok. Thatâ€™s tackiness. Now letâ€™s say a person has a really dumb Christmas sweater, and knows itâ€™s dumb but wears it just to make a statement at the office party. Well, thatâ€™s â€śkitschâ€ť. I think.

Youâ€™re probably wondering why I came up with the word â€śkitschâ€ť when the challenge is â€śInspired by a photographerâ€ťâ€¦ wellâ€¦ maybe not, but Iâ€™m going to tell you anyway.

I couldnâ€™t think of a photographer Iâ€™d like to copy, so I used the 52Frames name generator, which came up with the name Eugenia Maximova. Sheâ€™s a Bulgarian born professional photographer now living in Vienna with a masters degree in journalism and communication studies from The University of Vienna.

Sheâ€™s been doing a project studying and photographing former Soviet-bloc Balkan homes. In the Soviet era, people couldnâ€™t afford much in the way of home decorating, so they decorated with bits and pieces. Much of this has carried over to present day. Eugenia explores how identities are formed in different cultural settings and the close ties between personal belongings and their owners. She calls this kitsch.

I obviously have no access to former soviet-bloc homes, so I had to make do with the kitschiest thing I know ofâ€¦ The Last Run Tavern!

The challenge categories are in brackets after the photo caption.

[Note that to read my scribblings, you have to scroll down on this page. The slideshow doesnâ€™t show this text, only the photo captions. Click on any photo for the slideshow. Please leave comments at the bottom of the page] 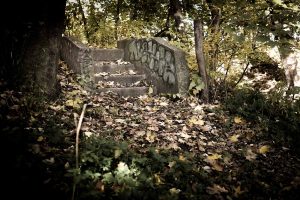 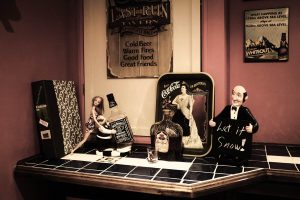 The Last Run Tavern (Inspired by a photographer)

The Last Run Tavern (Inspired by a photographer) 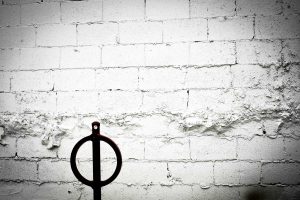 The problem with texture is that itâ€™s everywhere, and therefore boring. I ask myself how I can make texture interesting or even tell a story. My first thought was graffiti, especially if itâ€™s old and peeling. I also remembered that urbexing would definitely find interesting texture and graffiti, but Iâ€™ve been out of that culture for a while now and had nowhere to explore. Not feeling like travelling today, I just went for a walk in my Port Credit village and came up with this. Iâ€™d seen this bike post before but today I noticed the messy, painted concrete splatter. 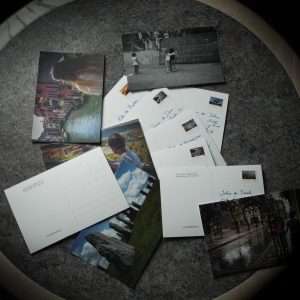 When is the last time you sent or received a postcard in the mail? Weâ€™ve been travelling in our camper van and Iâ€™m planning on dropping these DIY postcards in the mail at our furthest destination. These are Moo cards made with my own photos. Iâ€™m trying to surprise my friends and family recipients with a bit of nostalgia.

How many young men have died for the satisfaction of politics and greed?

Hollywoodâ€™s most famous blonde
Beauty without you remains a yawn
Curves that reach from head to toe
I still think of you, Marilyn Monroe 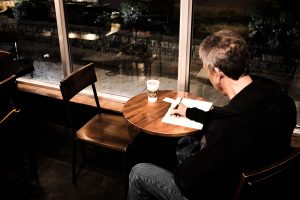 Here I am, 6:30AM at my favourite coffee shop doing a selfie. This place has been my second home, my office, for over a decade.
I feel comfortable here.
I feel more creative here.
When I was still working, I was productive here.
This is my refuge. 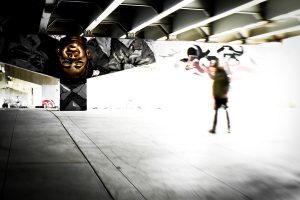 Itâ€™s a place at the threshold
You feel in between

Off-kilter, not typical
Welcome to the liminal 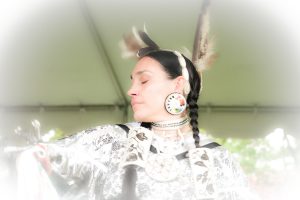 This is a photo of a dancer at an indigenous gathering and celebration I attended yesterday. There were a lot of people standing around watching, but I managed to get up front and kneeled down, as I like to shoot upwards for this sort of thing. Normally, I use a fixed lens, but for these situations, where I canâ€™t really move around, I use the zoom. 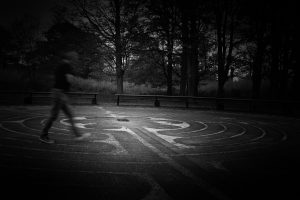 Just went for a walk in the park and remembered this Philosopher’s Walk maze. I’ve been doing an online university lecture called “The Big Questions of Philosophy”, so this was perfect.

… “I photograph, therefore I am” 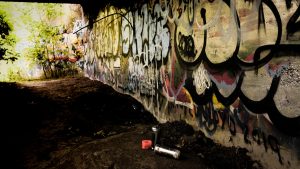 None of the above

The Wish (Shot with a phone) 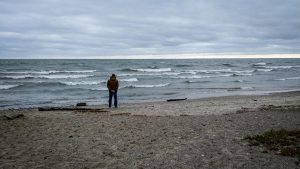 The Wish (Shot with a phone) 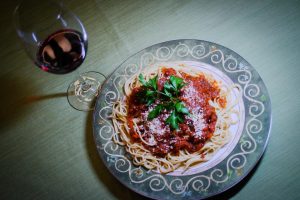 When I was single, I bought a cookbook and started making pasta dishes. Thatâ€™s probably why my wife married me. I donâ€™t have a cat and Iâ€™ve done enough flowers, so I thought Iâ€™d fill the frame with this delicious spaghetti dinner. I also filled my stomach after the shoot. This recipe was created by Chef Etiel Solorzano of the Daily Bread Food Bank. 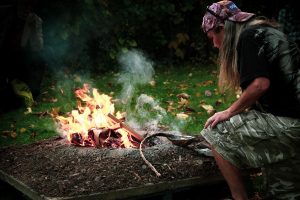 Getting ready for smudging 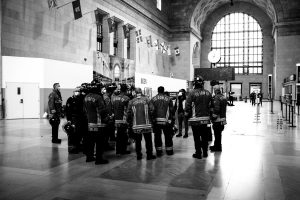 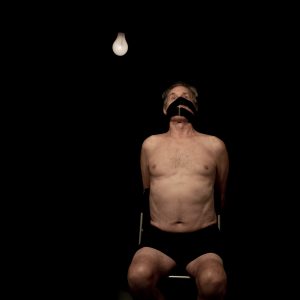 The Interrogation (Face a Fear)

The Interrogation (Face a Fear)

I could not get the lightbulb to show clearly so I had to shoot it separately and use it for a composite with Photoshop. This has a second type of fear that I also had to overcome… selfie in underwear.